Knowing the best motherboards for video editing will help individuals make the very best decision based on what they want and their budget.

5 Best Motherboards For Video Editing in 2022 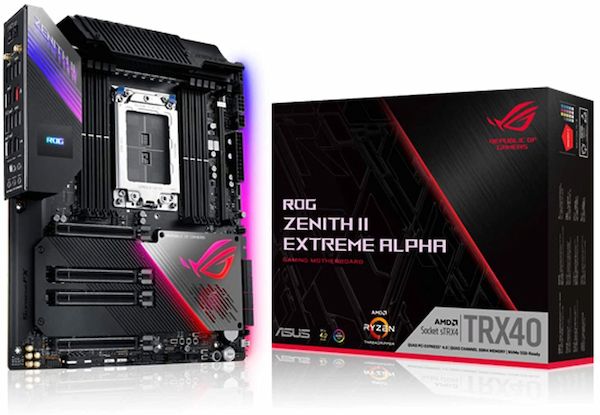 The ASUS ROG zenith II Extreme alpha is the perfect example of power and efficiency. Built for Thread Ripper processors, has 16 Infineon power stages and a corresponding VRM heatsink. With this motherboard, you will be getting 4 PCIe x16 slots that support multiple graphics cards.

It’s an industrial-grade video editor’s dream motherboard because of its massive VRM and overclocking which means uninterrupted workflow. 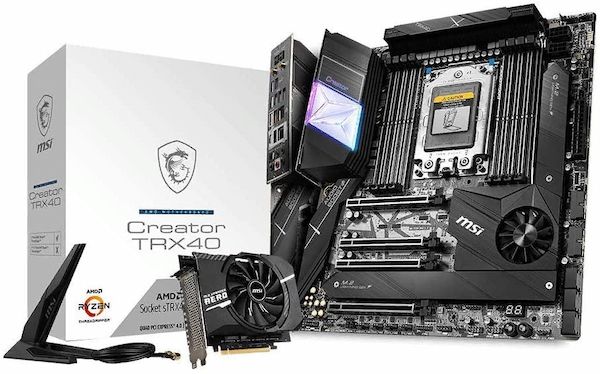 Of course, it comes with sTRX4 socket for powerful 3rd Gen AMD Ryzen threadripper processors of choice. These processors have high core count (up to 64 cores) that helps make video edit easy. It has a powerful 16-phase VRM design and MOSFET cooling. It also has a M.2 Xpander-Aero that provides additional 4 Gen4 M.2 slots to the original 3 slots on the motherboard.

In terms of connectivity, this mobo has a 10G LAN, 20Gbps Type-C port, and six SATA ports for your SSD. The heatsink is coupled with PWM fan headers to keep high temperature at bay. 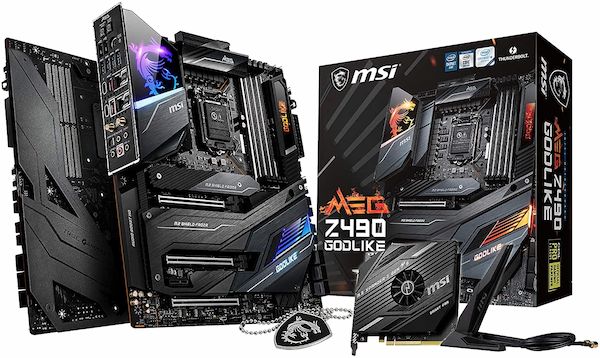 MSI MEG Z490 Godlike is the high-end Intel motherboard you need when you are into industrial video editing. This motherboard is the best production from Intel yet with its premium qualities. With this motherboard you get an LGA1200 socket and 4 X DIMM sockets that can collectively hold 128GB of RAM. The multi-GPU support also comes in handy when making high resolution video edits.

Just like the MSI Creator, this mobo has dual LAN (10G super LAN and 2.5G LAN). Instead of only Type-C ports though, it has super-fast thunderbolt 3 ports accompanied with a Wi-fi 6. It uses the INTERSIL power design 16+1+1 phases and a quality cooling solution (Frozr Heatsink) to ensure the processors work optimally.

There is also the M.2 Xpander-Z Gen 4 slot that provides an additional M.2 slot so as to increase storage capacity. All in all, this mobo is a godlike motherboard for high-end video editors. 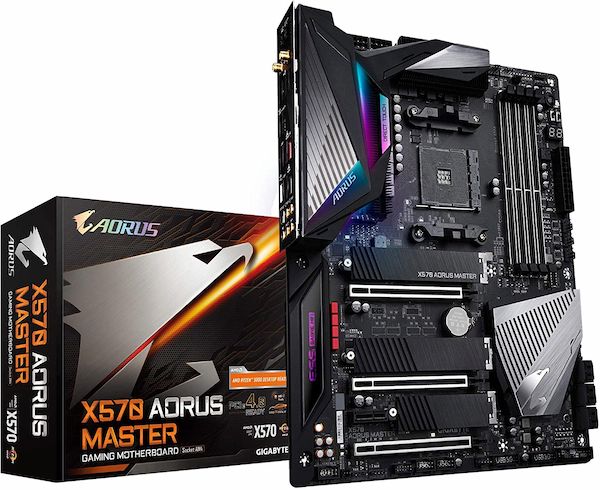 This motherboard has a wonderful 14-phase VRM set up. Coupled with this is a state of the art cooling system of Fins-Array heatsink. It uses a X570 chipset and triple M.2 Gen 4 slots with its own heatsink ensuring flawless functionality.

It has a super Audio output – Realtek ALC1220-VB Audio Codec – that is appealing to video editors and a Multi-GPU support system for both AMD Quad-GPU Crossfire and NVIDIA QUAD-GPU SLI.  In terms of connectivity, the AORUS X570 Master has one of the most appealing options with its rear I/O shielded and it  houses 4 USB 3.2 Gen2 ports , 2 Gen1 Type-A ports and 4 USB2.0 ports.

Connecting to the internet is fun  because of this motherboard’s 2.5GBE LAN Wi-Fi. Overall, if you are opting for the best AMD motherboard for video editing, then the GIGABYTE AORUS X570 Master is your best bet.

If you are a fan of the intel X99 series, you would want to know the best x99 motherboard for video editing. The answer is the MSI MEG X299 Creation and you will see the reason why this motherboard ranks as the best of the Intel x99 series.

This motherboard boasts eight SATA III ports, 4 PCIe x16 slots, and a lot of USB port options. It also has the much-coveted Thunderbolt PCIe card for blazing transfer speeds which is very important for video editors.

The X299 chipset supports all Intel Skylake-X and KabyLake-X series processors. It has Multi-GPU support for NVIDIA SLI and AMD CrossFireX combined with a Quad-channel DDR4 computer memory that has a frequency of 4200 MHz RAM 256GB. This mobo comes with an Xpander-Aero that helps add Four extra PCIe M.2 slots and an accompanying GPU grade cooling. No wonder it’s the best x99 motherboard for video editing.

The processor you have in mind should be a major determinant when getting a motherboard. The reason for this is because Intel processors and AMD Ryzen processors require different chipsets(1) and in extension different motherboards.

Video editing, like any other function you want your computer to perform, needs one or more hardware components to work perfectly.  However, editing videos is one of the top functions you can ask of your computer, and it requires well-rated hardware specs to work. So, which computer hardware performs the tasks of editing videos?

Generally speaking, every file to be edited goes through six steps, and these steps have corresponding hardware designated to perform the processes. The editing software to be used usually follows these steps, and the steps are:

The corresponding computer hardware parts for each of the steps listed above are explained below.

Hardware Components and What They Contribute To Video Editing

For the video editing software to read the RAW, unedited file, the file would have been stored on the computer ROM. The ROM is responsible for keeping files in the long term, but different types have different speeds and sizes.

Most video files are encoded (primarily to reduce the size), and the video editing software has to decode this file to run alterations. The processor (CPU) is the hardware in charge of this. Thus, while interpreting the video is vital, running alterations on the video file will sway the processor type.

During and after editing videos, you will want to look at the work done so far. The editing software stores the edited (cached) frames(2) on the RAM (Random Access Memory) because it is the most efficient and fastest of the computer memory.

Storing and quickly retrieving the edited video files for playback needs at least 16GB of RAM, and you can be looking at 32GB or 64GB of RAM if you are majorly working on 4K – 8K videos. Inadequate RAM size means glitches in the video editing process.

The same way the CPU is necessary for decoding the raw video file is the same way it is essential for encoding the edited footage. Encoding is essential because we will want to reduce the file size as much as possible without losing quality and pick the video’s encoding format for smooth playing on devices.

Edited videos can be stored on any ROM type, but it’s better to use the SSD. If the file is huge and you need more speed, the NVMe SSD is a better option.

All these steps have taught us how to choose the perfect hardware components and, in extension, the most suitable motherboard.

F. A. Q
Which motherboard is best for 4k video editing?

Can a gaming motherboard be used for video editing?

Not always. Video editing and gaming motherboards both have high specs, and one function can be substituted for the other. Still, they both prioritize specific components according to the function it was made for.

Which motherboard is best for 8K video editing?

High-end motherboards can be used for 8K video editing because they have the required specs for smooth, high-resolution video edits.

It’s imperative to be conscious of the specifications of a motherboard before choosing the best motherboard for video editing. One crucial specification to note is the chipset because it will dictate the line of hardware components you will be getting for your motherboard. I highly recommend the ASUS ROG Zenith II Extreme Alpha for its competitive advantage over the other motherboards on this list.

Is this your first time acquiring a  motherboard? Or you are already familiar with the workings of a motherboard. Which one is your personal best motherboard for video editing? Please feel free to share with us in the comments.