The importance of the CPU to any computer process can not be overemphasized, and that includes editing videos. Video edits are one of the most demanding tasks you can ask of any computer, and getting the best components for this process is quite essential. To know the best CPU for video editing is taking the first step to flawless video edit. Let’s take a look at the best CPUs for video editing and why they make this list.

Our Review of the Top 5 Best CPU for Video Editing 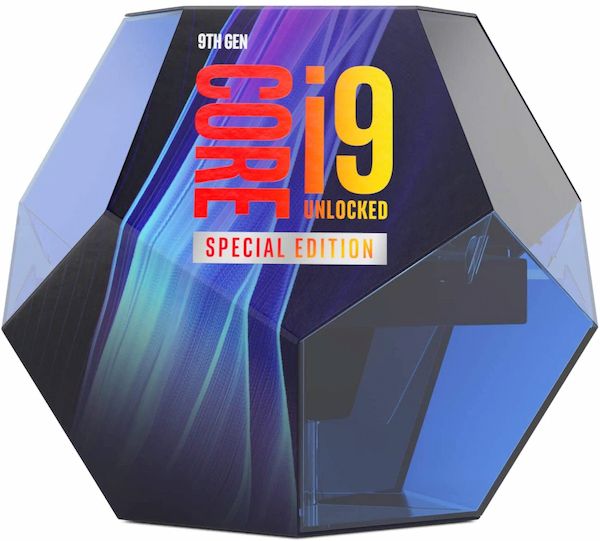 At the top of my list of the best CPUs for editing videos is this gem. This CPU is the 9th generation of the super core i9. It has a base clock speed of 3.6GHz but can boost to 5.0Ghz clock speed. This CPU has eight cores and 16 threads which is not the highest core count on this list but is effective enough to execute the most complex video editing tasks.

The high clock speed makes this CPU capable of handling high-quality video manipulation and rendering, and it’s no wonder the Intel Core i9 is popular with video editors. In addition, it has an integrated UHD 630 graphics engine. It also has a Thermal Design Power (TDP) of 127W, a major upgrade for Intel CPUs.

Finally, a vital part of this CPU’s appeal is that it’s well priced for its spectacular features, and it is no wonder it’s first on my list of the best CPUs for video editing. 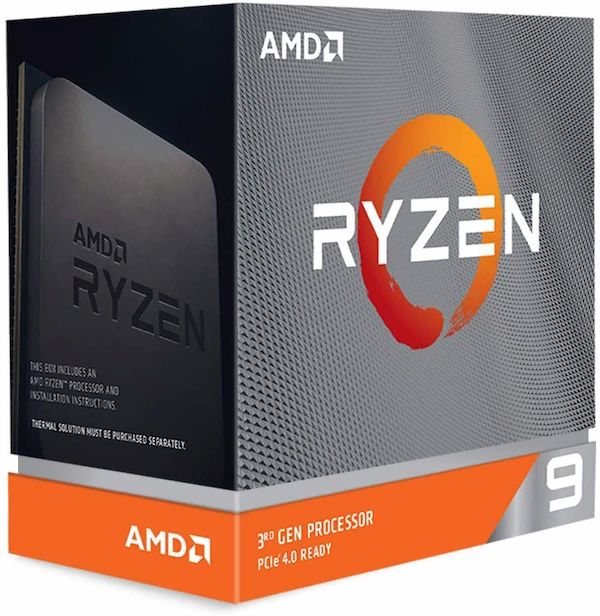 Making 4K videos is the trend now because of the spectacular pixel quality, although the same 4K videos have large file sizes. Hence, the extra effort the CPU needs to help to edit it successfully. Not to worry, though, the AMD Ryzen can handle any 4k video thrown at it and even videos with higher resolutions.

It has a massive sixteen-core and a 32 thread count. It also has a base clocking speed of 3.5GHz and can boost to 4.7GHz. The high core count and high clocking speed ensure that high-resolution videos like 4K videos are easily edited. On the power front, it has a thermal power design rating of 105W.

The AMD Ryzen 9 3950X is not only perfect for professional video editors but also gamers. Its versatility makes it the best CPU for 4K video editing to own. 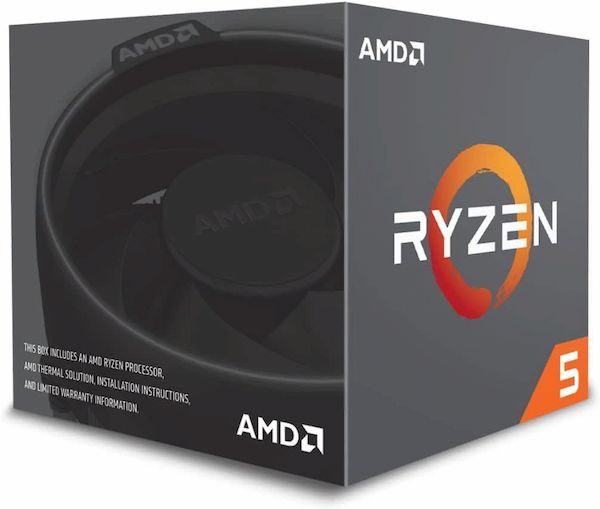 If you are on a budget and still want a powerful enough CPU for your video editing projects, then this CPU might just be what you need. The AMD Ryzen 5 2600X is the best budget pick for this list because it meets the minor standard (which will be explained later) required to edit video flawlessly.

The core count stands at six, and it also has 12 threads. It has a base clock speed of 3.4GHz and a boosted clock speed of 3.9GHz. You shouldn’t be deceived by the core count, though, because it is still high enough for video edits, albeit at a bit slower time compared to other CPUs on this list. But most importantly, this CPU comes at a cost-friendly price, perfect for beginners or people on a budget.

While you may not be thinking about throwing your 4K videos at this CPU, it will still get the job done and eat up lesser video qualities thrown at it. 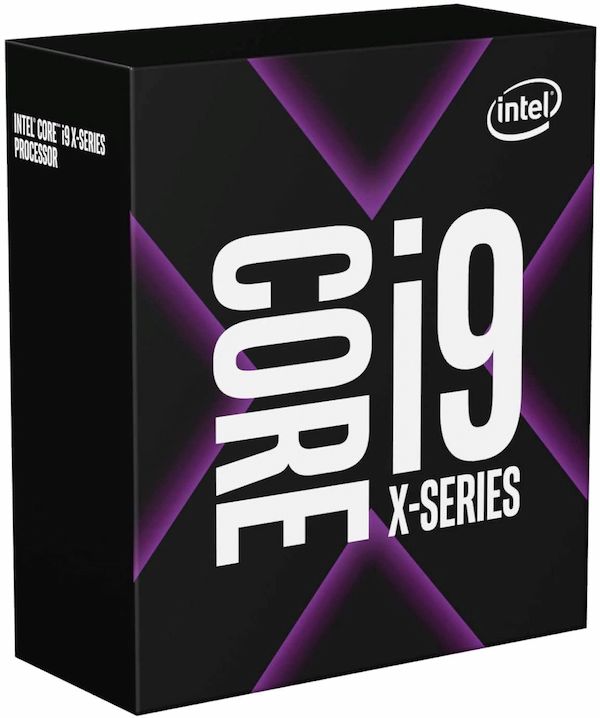 This CPU is for video editors who also love intel CPUs and don’t mind going for the cream of the crop. The Intel Core i9 10920X CPU is their most powerful CPU for editing videos.

It has an impressive 12 cores and a 24-thread count. As if that’s not enough, the basal clocking speed is 3.5GHz which can boost to 4.7GHz. Overclocking is also available if you need to push this CPU farther. The high core count and good clocking speed make sure you enjoy this CPU render, encode, decode, and perform every other video editing process without a single glitch.

The thermal Design Power (TDP) is a whopping 165W. In addition, Intel’s Turbo Boost technology 3.0 further enhances this already powerful CPU to edit and render videos at faster speeds. Although it is quite a pricey option, performance is not an issue with this CPU. 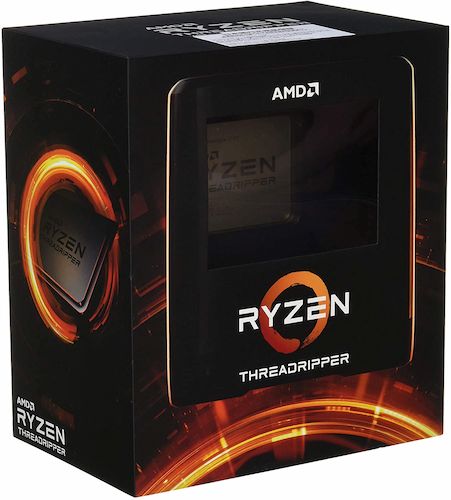 Video editors that prefer AMD products and every other person looking for the easiest path to video edits will love this beast of a machine. It is undoubtedly the most powerful CPU on this list, with a whopping 32 core count and 64 thread count.

Summarily, any task that involves multithreading from your CPU can be handled by this CPU. The AMD Ryzen Threadripper also attracts a high price like its Intel counterpart, but that reflects its efficiency. So if you want to build a high-end desktop computer for fast video edits using an AMD processor, this CPU is for you.

Although the CPU takes center stage in video edits, other hardware components are crucial to optimize the CPU’s functions.

How to Choose the Right CPU

Knowing the importance of the CPU to video edits is one side of the coin. The other side is knowing how to choose the suitable processor for your workload. Therefore, it is vital to know the best CPU for video editing and how to choose a fitting one before making purchases.

An individual with an unlimited budget can just opt for the best CPU around for editing videos. But for beginners and people on budgets, there are features to look out for in a CPU that can narrow down the options and help individuals make an informed choice.

The features that they should consider are:

In simple terms, the Core of a CPU is the CPU’s processor(1). A single core takes care of a single task, while a multi-core processor has more cores tackling different tasks simultaneously. In addition to that, core counts can be increased virtually by a process called multi-threading or hyper-threading, which is a feature available in many Intel and AMD CPUs.

Video editing is a computer process that requires a multi-core CPU. The optimal number of cores to render and edit videos (including 4K) stands at a minimum of 6 cores and 12 threads.

Core clock speeds determine how fast a computer process is completed(2). The significance of core clock speeds to video editing is that it determines how quickly you can render a video. Rendering 4K videos can be exhausting if the core clock speed is not high enough. Therefore, the processor speed of a CPU is never more appreciated than when it is being used to render high-resolution videos.

Every CPU chipset has a compatible socket. An incompatible chipset is useless even if it has the best features. There are designs to CPU chipset that are strictly restricted to a kind of CPU socket on the motherboard. A good example is trying to fix an AMD CPU chipset on an Intel CPU motherboard.

Graphics cards, more commonly referred to as GPU, are a vital part of a computer CPU. Most CPUs come with their own integrated graphics cards, which assist in processing graphics-intensive tasks like gaming. While the CPU is responsible for the video editing process, the standard software used for video editing has algorithms that share the video editing tasks between the CPU and the GPU to ease the CPU’s workload.

Video edits that do not involve many effects can be resolved with a PC and the integrated GPU. Video edits with heavy effects require a separate graphics card so that the video rendering process becomes faster. The hectic task of rendering effects-video requires a matching GPU with a powerful CPU.

Computer processors can be pretty pricey, especially CPUs expected to perform complex tasks like video editing. Although there are price options for CPUs that boast similar features, paying a premium for high-end CPUs is not bad because you will benefit from using them.

However, high-end CPUs also need high-end components to work with and therefore increase the total cost incurred. Thus, video editors are advised to go for the best value CPUs available to maximize price.

F. A. Q
Which should I prioritize for video editing: core clock speed or core count?

Prioritize core clock speed. Although video editing is a multi-core computer process, the rate of executing your project – especially the rendering –  is dependent on the clock speed.

Must I get a separate GPU for video edits?

It all depends on the nature of the work being done. For example, a powerful CPU with an integrated graphics card is enough for most video edits. Still, you can get a dedicated GPU to assist the CPU in the computer processes for heavy effects.

CPUs are the primary driver of every computer process, with assistance from other components. Demanding tasks like video edits even task the CPU more. As a video editor, the need for the best CPU for 4K video editing and other video resolutions cannot be overstated.

Personally, the Intel 9th Gen Core i9-9900KS comes out on top. Apart from the apparent core number and thread count, it offers the best core clock speed – 5GHz – of all the CPUs on this list. And in addition to the features, it comes at a fair price. While some may argue for the threadripper, everyone can’t be chanced to build a high-end desktop with powerful processors.

Which CPU do you prefer for your video editing projects? What are your thoughts on my list? Feel free to drop a comment.